Before you go, check this out!

We have lots more on the site to show you. You've only seen one page. Check out this post which is one of the most popular of all time.

Ninja Foodi Review: Does it Make the Cut for Pressure Cookers?

What is the Ninja Foodi?

This appliance is a multi-cooker, pressure cooker, slow cooker, steamer, dehydrator, roaster, baker, air fryer, and more. The Ninja Foodi multi-cooker burst onto the scene recently and is a popular choice amongst cooks of all ranges.

Let’s go over the ins and outs of the Ninja Foodi in our review to see if this multi-cooker is right for you. We’ll also way in on performance and see what customers are saying. Let’s dive in:

Trying out the Ninja Foodi was no easy task after being used to the Instant Pot series of pressure cookers and multi-cookers. Here’s what I found:

I was pleasantly surprised at the quality of air frying it did. Cooking fried chicken was a simple task. And the skin turned out crisp while the meat turned out tender and juicy and well-cooked.

I was a little disappointed when I tested some pizza rolls, though, and they came out burnt. Perhaps it will take some time to figure out settings with different food types.

I made baked potatoes with ease using the multi-cooker. The skin turned out, perhaps, a little over crispy, but the inside of the potato was fluffy and steaming hot. Probably the best roasted potatoes I’ve ever made came out of the Ninja Foodi.

I made a normal meal I would normally make in my Instant Pot, but in the Ninja Foodi Multi-Cooker. I made an easy chili which requires me to sauté and then slow cook.

I found the ease of switching from sauté to slow cook quite functional and it worked very good and similar to my Instant Pot Duo.

On the other hand, the Instant Pot keeps warm for a while, pretty much a couple of hours. The slow cooker only keeps warm for 30-minute intervals, which I wasn’t too thrilled about. My chili turned out great – like it had been simmering all day.

Same with pasta dishes and rice. I followed the same timing advice from my cheat sheets that I normally would with the Instant Pot, and they all turned out about the same great quality I would get from my Instant Pot Duo or Instant Pot Ultra.

Though the pressure cooking lid on the appliance can be taken off and has easy arrows to re-attach. I don’t understand why they couldn’t have done the same with the Tendercrisp lid. I was annoyed when I got to this point. I’m not exactly sure how to store it either.

However, if you have enough space or a tall pantry, you won’t have a problem. My kitchen is just relatively small.

One feature I did not expect from my multi-cooker is the Ninja Foodi grill. This is something that the Instant Pot doesn’t actually have available with the Instant Pot multi-cookers. Though, once I tried it out, I noticed that the grill is less effective than your standard grill, so I’m not sure how much use I will actually get out of it.

I struggled to put three medium-size steaks on the grill, which makes it difficult to batch cook. The rack height isn’t able to go closer or further away from the heating element, either, which makes the experience a little limiting.

I suppose if you’re only cooking for one or two, though, it’s an efficient way to grill food using the Ninja Foodi grill, rather than having to heat up or go outside for your traditional grill.

To steam, you need to use the grilling rack or a similar accessory and have water beneath it. I found it steam pretty well, and about the same as my Instant Pot. There’s nothing quite special about the steamer, but it was worth mentioning how comparable it is to its competition.

Is the Ninja Foodi Multi-Cooker Worth it?

If you have the money, you cook all the time, and you have space, go out and get it. It’s worth it if your budget allows it and you want an appliance to replace your air fryer, pressure cooker, oven, grill, rice cooker, and steamer.

Sure, why not? You’ll find yourself using the Ninja Foodi a lot. Perhaps even more than your other kitchen appliances.

However, if you need something more budget-friendly and don’t plan on using all of the features, I advise you to take a look at my other reviews so you can compare and contrast to see which multi-cooker and pressure cooker is right for you.

It can dehydrate food, fits in the dishwasher and hand cleans easily, and is quiet when in use.

Plus the trays and multi-pot is great for making a number of meals. Though, most customers have an issue with the appliance being bulky, they say the it is a great buy and worth its value.

This site is a participant in the Amazon Services LLC Associates Program, an affiliate advertising program designed to provide a means for sites to earn advertising fees by advertising and linking to Amazon.com. We are compensated for referring traffic and business to Amazon and other companies linked to on this site. 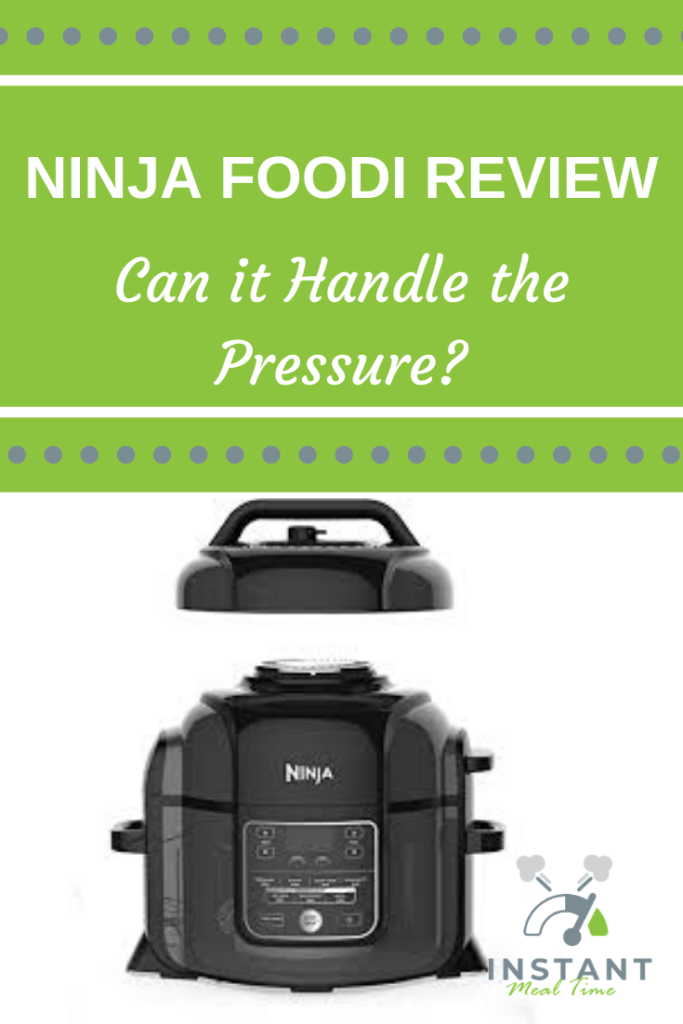